The Lucky Rat was born in the 1960’s, surrounded by and often squashed by thousands of other rat brothers and sisters. He wanted to experience the world outside of his laboratory cage and one day he got his wish. Sadly, the rest of this article will explain why his luck was short lived. Only his name lives on, as a relatively unique username that I find rather more memorable than chris87614 – after reading the story of the lucky rat you may find it memorable too, if slightly disturbing.

The Lucky Rat is a fortunate rat who was introduced to me at sixth form in a biology lesson by my teacher Mr Deakins. My friend Lucy Stone and I wrote our interpretation of the story of the Lucky Rat and I’ve copied it verbatim in the main article. Since the Lucky Rat was so great, I decided to adopt his name as my nick name when chatting online. Not all the rats depicted herin survived but none were harmed during the telling of this story.

There once was a rat, a very lucky rat and a very lucky rat he was. After going through months of selection processes he became the chosen one. He was chosen to be the main attraction in a lethal experiment.

The slightly deranged scientist (named Professor Deakins) concocted a deadly brew of a radioactive isotope. Once injected and left to absorb the potion, the lucky rat was brutally murdered by none other than the friendly, caring, lovable and slightly intoxicated (due to using whiskey instead of water in his coffee) Prof. Deakins. It was now time for the next stage of the experiment where the lucky rat had its liver painfully extracted. The glowing radioactive liver was treated with a cold isotonic buffer solution and minced (rather like a cow does before it gets put into a lasagne).

The lucky rat mince was ultra centrifuged at enormous gravitational forces to separate the lucky ribosomes from the lucky nucleus and the lucky mitochondria. The experiment was completed. The lucky rat was destroyed and Prof. Deakins’ life work was complete. To celebrate he drank some more alcohol and decided to take up teaching. 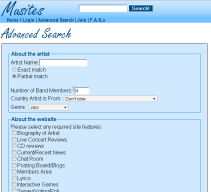